How should stud owners decide on the difficult question of pricing stud services? A good-looking male with lots of presence, good conformation, and good fiber who has not yet bred is obviously a lower-priced commodity than a national champion who has many splendid crias on the ground. One quick way to price the services is to look around and see what other comparable studs are commanding. If you have a National Champion stud, you are in a different league from most breeders, and can hit the ground running with a fee to command attention. However, for the rest of the breeders, the start-up is usually a bit more of a challenge. 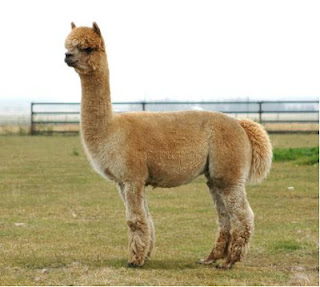 Maybe $500 to $750 is a good starting place for an unknown but promising male who is breeding age, who has the testicular measurements to breed, has really good fiber and conformation and who has the desire to breed. Check your local area for comparable studs and their fees and use that as a guide. Remember, most breedings are local and that means that your competition is local. 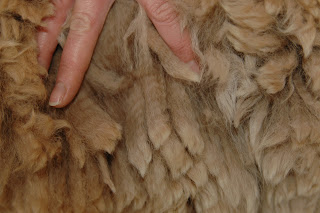 Now, you have to convince some dam owners to breed with your new stud. He has to prove that he can settle dams consistently. Eventually, he has to prove that his crias are something to admire and who will win show ribbons on their own. But getting started with a relatively unknown stud is a difficult proposition. Of course you can breed him to your open dams, even if he is not exactly what you would have chosen for them in terms of fiber, color, or other criteria. This demonstrates to others that you have confidence in him and that he can settle a dam. You can also shop around among your nearby fellow breeders and offer them a good deal. One deal that works really well is to offer him to a few select breeders for FREE. This is a powerful incentive. It gets him breeding, it gets crias on the ground sooner, and it costs you absolutely nothing. Now you can advertise him as having settled dams and as having been selected by someone (other than you) for their breeding program. This is a win/ win. I know a breeder who has done exactly that – and it worked.


Once he is up and breeding, make sure that you stay in touch with the dam owners to collect information on the crias he sires. That is valuable information for future advertising. Put in the breeding contract – the dam owner will inform you of date of birth, sex, color, name, ARI # when assigned, and also provide you with a cria photo. Most dam owners will be delighted to oblige. 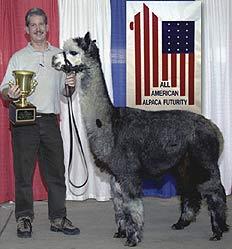 Now that the stud has started generating revenue, you have to decide when and by how much to increase his breeding fee. There is a lot of satisfaction in having a high-price stud, but be aware of the pitfalls along the way. There is an economic measurement which is called Price of Elasticity of Demand. In brief, it measures how the demand responds to a change in price. Increasing the stud fee will price someone out of the market for your services. You hope that you will attract at least as many customers as you lose, and with an increased breeding fee and the same number of customers, you make more money. However, be wary of increasing the fee by to large amount all at once. Having once set a higher price and finding that the demand no longer provides you with the revenue that the former price did, in it difficult to advertise, “Whoops, I made a mistake , the breeding fee has now been reduced…” People ask themselves (they never ask you), “So, what’s wrong with the stud?”
There is one school of thought that proposes to raise the breeding fee to purposely reduce the number of breedings. The thinking behind this is that with fewer crias on the ground, each one will be more valuable and you won’t flood the market with this stud’s crias. The counter to this is that with more crias at a lower breeding fee, there is more chance that some of them will garner multiple nationals awards and support a future higher price. My own strategy is to get more crias on the ground and hopefully into the show ring as winners. Others have a different opinion.

The times to increase the fee are: 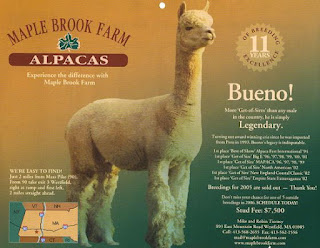 Since you now have a valuable breeding commodity, you can do breeding trades. You would typically do a trade in your stud’s price range. This is a really valuable benefit of having a good stud, since you will have to breed his cria to another stud anyway and you may have a dam that needs some special characteristics from a stud your stud can’t provide (color, fiber, coverage, etc.). Expensive outside breedings now become dirt cheap.


Breeding trades brings up another wrinkle in pricing your stud. You may want to trade a large number of breedings with studs which are priced substantially higher that yours. You can offer a 2-for-1 breeding trade to even it out or you can raise your price to be more like theirs and take your chances on losing breeding customers. Raising prices for breeding trade reasons alone is a really risky proposition and I would not recommend it, but it gets some casual conversation on breeding discussions occasionally so you ought to be aware of it and form your own opinion.

The bottom line is to have a plan in mind and have a solid reason for your pricing decisions. Keep track of your competition. Research the Internet and print advertising (Alpaca Magazine). Look for ways to increase the stud’s value to potential customers. Stay in touch with your customers – they are a great source of references and feedback for you.