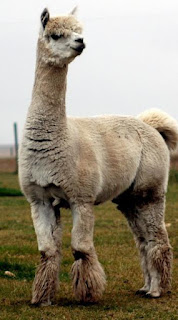 When an alpaca perceives danger, it issues a distinctive call to alert the rest of the herd.  The alarm call is a loud, undulating squeal or whistle.  When you hear it, you'll recognize it.  When lamas repeatedly scream an alarm call, investigate.  Our guard dogs, no matter where they are on the farm will immediately look at the alpacas, see where they are looking and run in that direction.  The Anatolian dogs will be in front, the llamas in a line about 30 feet behind them and then the alpacas in a circle with the babies in the middle within 5-7 seconds.  It's impressive to watch. 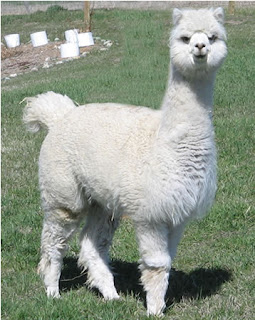