One of the biggest benefits of alpacas is that they are so sweet and gentle.  They are not aggressive, nor will they kick or bite or try to harm you in any way. However, this is also one of their biggest downfalls.  They are a flight, not a fight, animal.  Thus, you need to help keep them protected.  Fencing is not so much to keep them in, its to keep everyone else out.

Pasture
The pasture requirements for alpacas include a planned rotation to prevent overgrazing and contracting worms. The alpaca is naturally gentle to the land. The alpaca's feet are padded and they leave even the most delicate terrain undamaged. The alpaca is a modified ruminant with a three-compartment stomach. It converts grass and hay to energy very efficiently, eating less than other farm animals. Its camelid ancestry allows the alpaca to thrive without consuming mass amounts of water, although an abundant, fresh water supply should always be available. The alpaca does not usually eat or destroy trees, preferring grass shoots, which it does not pull up by the roots.

Cross fencing:
Weaning Paddock
Young alpacas should be weaned sometime between 4 and 7 months of age, depending on the weight of the weanling (preferably at least 50 lbs.), the condition of their dam (a few dams may become dangerously emaciated due to the nutritional load of a large nursing cria), the weanling’s emotional readiness, and the schedule of his or her weaning companions. Often several animals at the same time are weaned; even if that requires delaying one animal’s weaning and hastening another’s.
Young Male Pen
When young males are weaned, they can move to a separate male paddock or pen. Few males become sexually mature before 18 months of age, however there are recorded instances of males successfully impregnating a female as early as 9 months of age. This usually happens as a result of pasturing young weanling males and females together. Because an unplanned pregnancy for an undersized and physically immature female weanling can present a number of dangers, it is best to separate these males into their own pen.
Mid-Term Gestation Pastures
The largest group of animals on many farms is the females that have been confirmed to be pregnant and who, together with their nursing offspring, can now be removed from their breeding pens.
Late Gestation “Maternity Ward”
This is set up as a safety pen close to the house, where females within 30 or 45 days of their projected due date can be watched. At times, late gestation, weaning, and underweight animals can be together in one paddock as their nutritional demands and observational needs are similar.
Breeding Pen
When a pair is brought together, the breeding pen is used to ensure designation of the mother and father. Often they are left in together for several days to ensure the female is impregnated.
Shelter: In moderate climates alpacas only require a three sided shelter. Severe cold, especially coupled with wind, requires a barn which is readily available. Alpacas are hardy animals, and most prefer to be out in the open instead of being in a small enclosure. However, holding stalls and pens may be set-up for expectant or sick animals.
Fencing / Predator Security:Alpaca seldom challenge a fence. Many alpaca breeders use a no-climb fence 4 or 5 feet tall. Fences serve more to keep predators out than to keep the alpacas in. Coyotes, which are numerous in the area, are a threat to these animals and must be prevented from entering the premises. This will require a specialized predator fencing to prevent damage to the herd.  We use llamas to help protect our alpacas from predators in addition to livestock guard dogs, Turkish Anatolians. Anatolians are one of the only dogs capable of fending off mountain lions, coyotes, foxes and other dogs. They are docile and sweet, loyal to their herd and will defend against any threat.  Grizzly, our male Anatolian, is 4 years old, weighs 165 lbs and can run up to 35 mph. 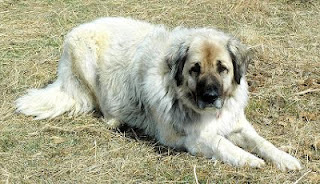 See more Alpaca Information on our website at https://www.alpacasofmontana.com/