The forecast for this weekend was that is was going to be cold - really cold - and the weather certainly followed through.  We prepared the barn early with six 1400 lb bales of hay and sealed up all of the doors except for one so that the alpacas could access the water.  However, with the 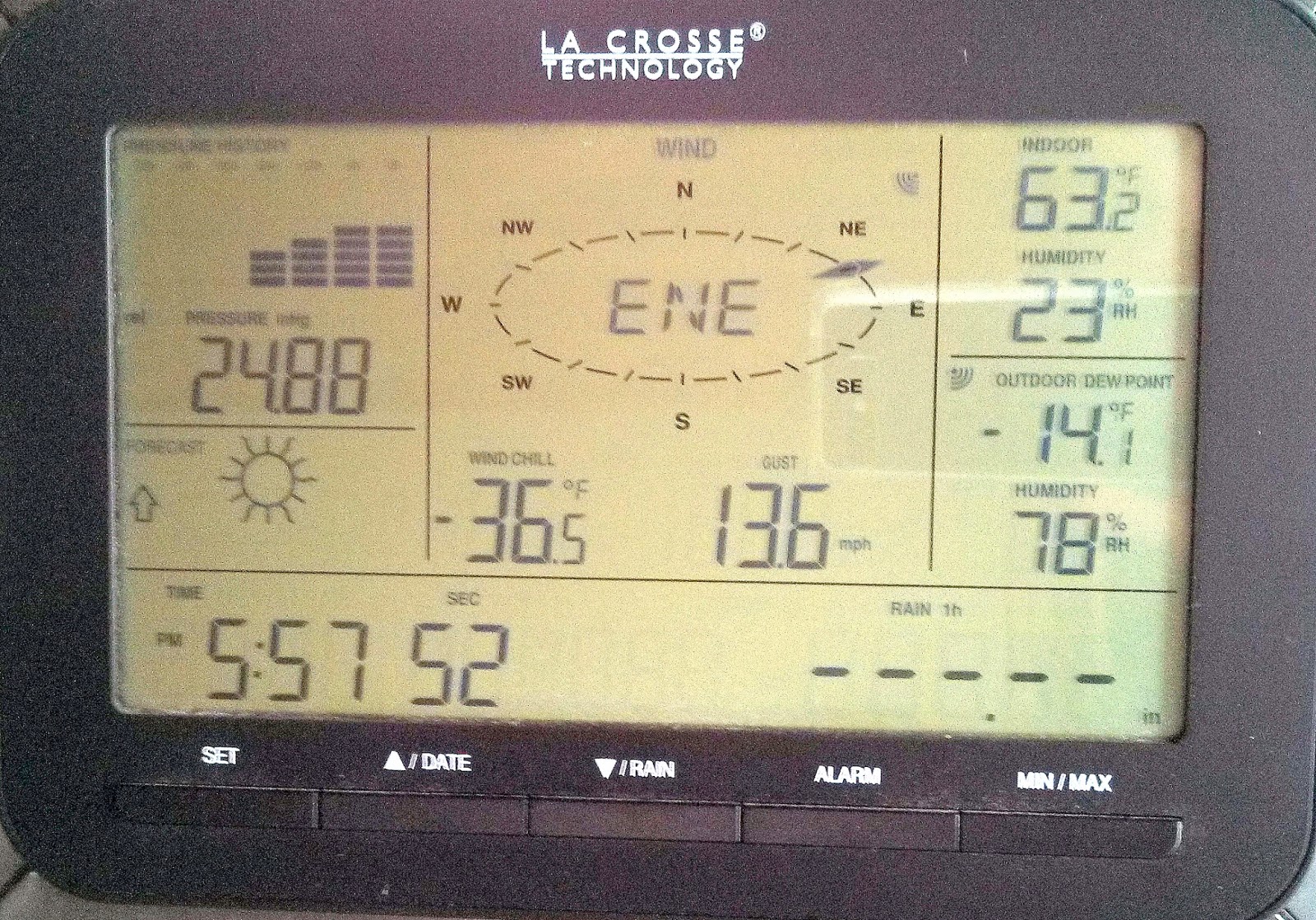 windchill ranging from -20 to -45 F, the water heaters could not keep up and they were quickly frozen over.

The neighbor's llama Mr. Snuffleupagus was still out in the pasture during the major part of the storm. The owner had tried to catch him to bring him over to our barn earlier in the day, but he wouldn't be caught.  The next morning, three of us walked about 1/4 of a mile in the screaming wind and found him curled up next to a hay bale.  Reluctant to get up, we pushed and pulled him until he eventually stood.  Once he crossed into our pasture, he eagerly pulled on the lead rope toward the barn, anxious to get inside.  One inside, Snuffy stood in a stall, shaking, unable to eat with his mouth and body so cold.  Eventually, he started rubbing his eyes agains the wall 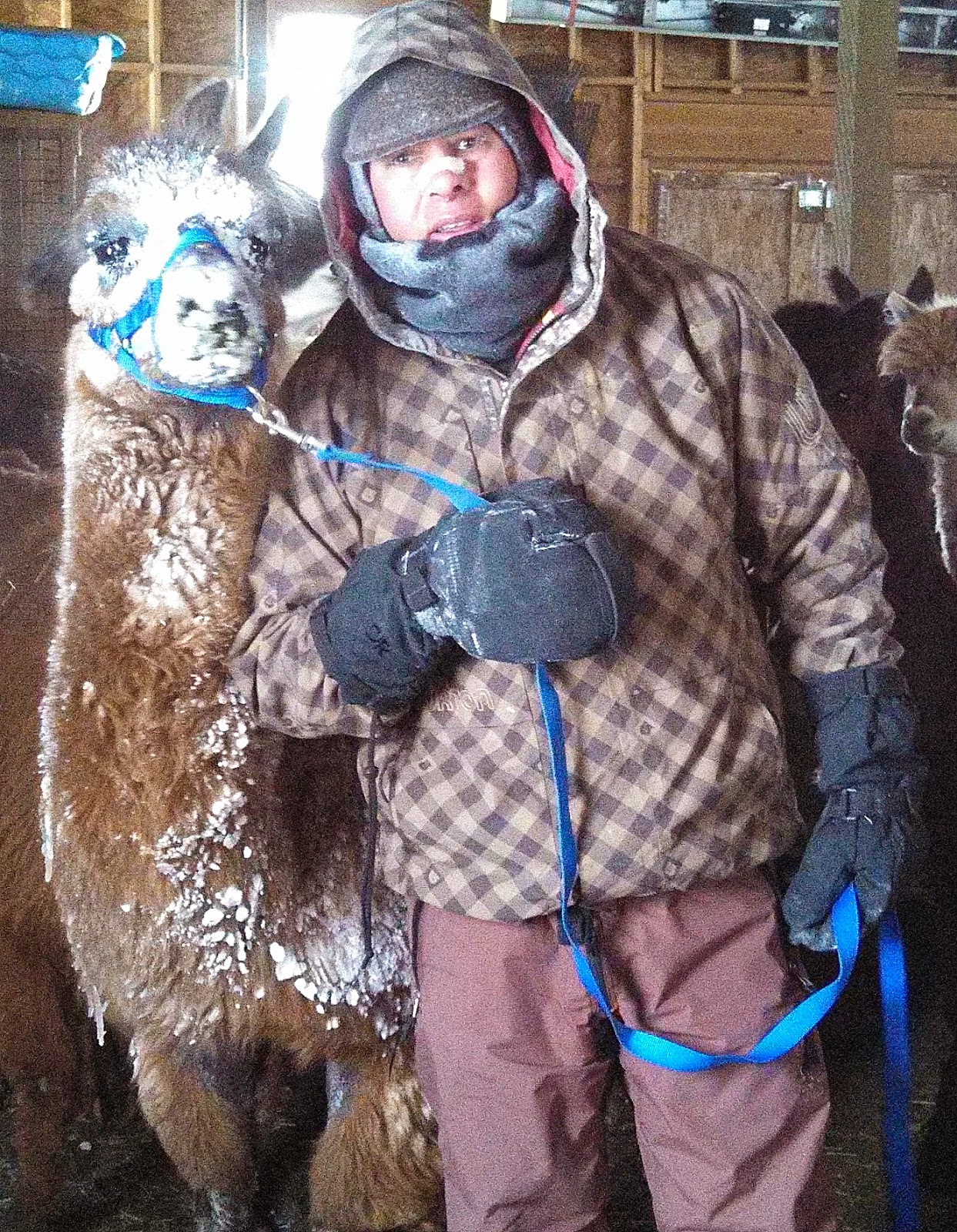 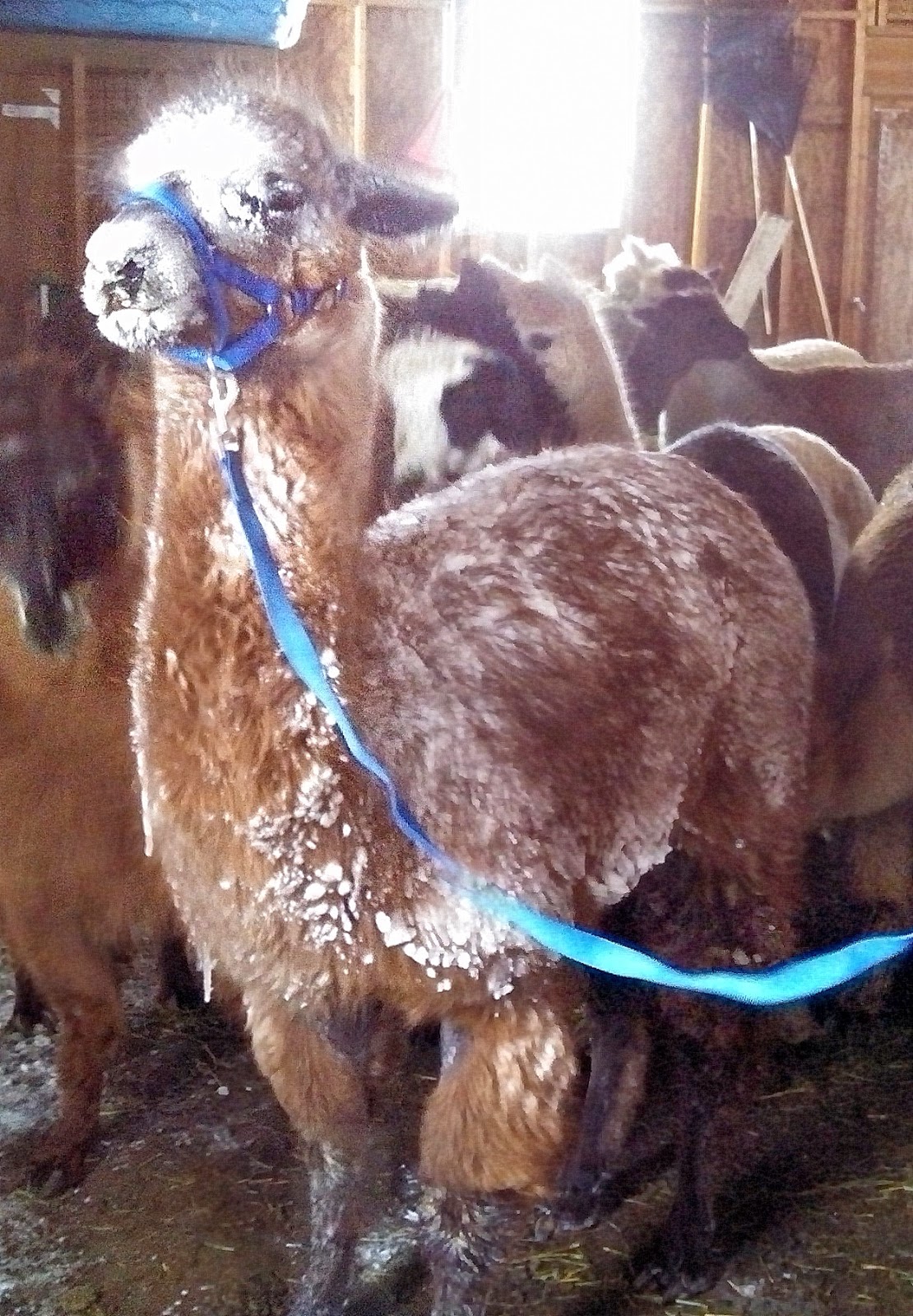 and was able to eat the pellets and hay ready for him.  We walked him around, the alpacas enthusiastic about the new arrival, and his body warmed.  In about an hour, he was thawed, eating, drinking and being snoopy again.
The wind packed the pasture with hard, steep snow banks.  Some of the drifts are over five feet and flow over the fence.  The horses received a surplus of food and were full of rich hay and feed. The guard dogs were brought inside and snuggled up on carpet, glad to be out of the freezing weather.
We are now climbing back to O F, which is always a little depressing to me!  However, we are on the edge of Spring and makes the slow thaw a little more tolerable. 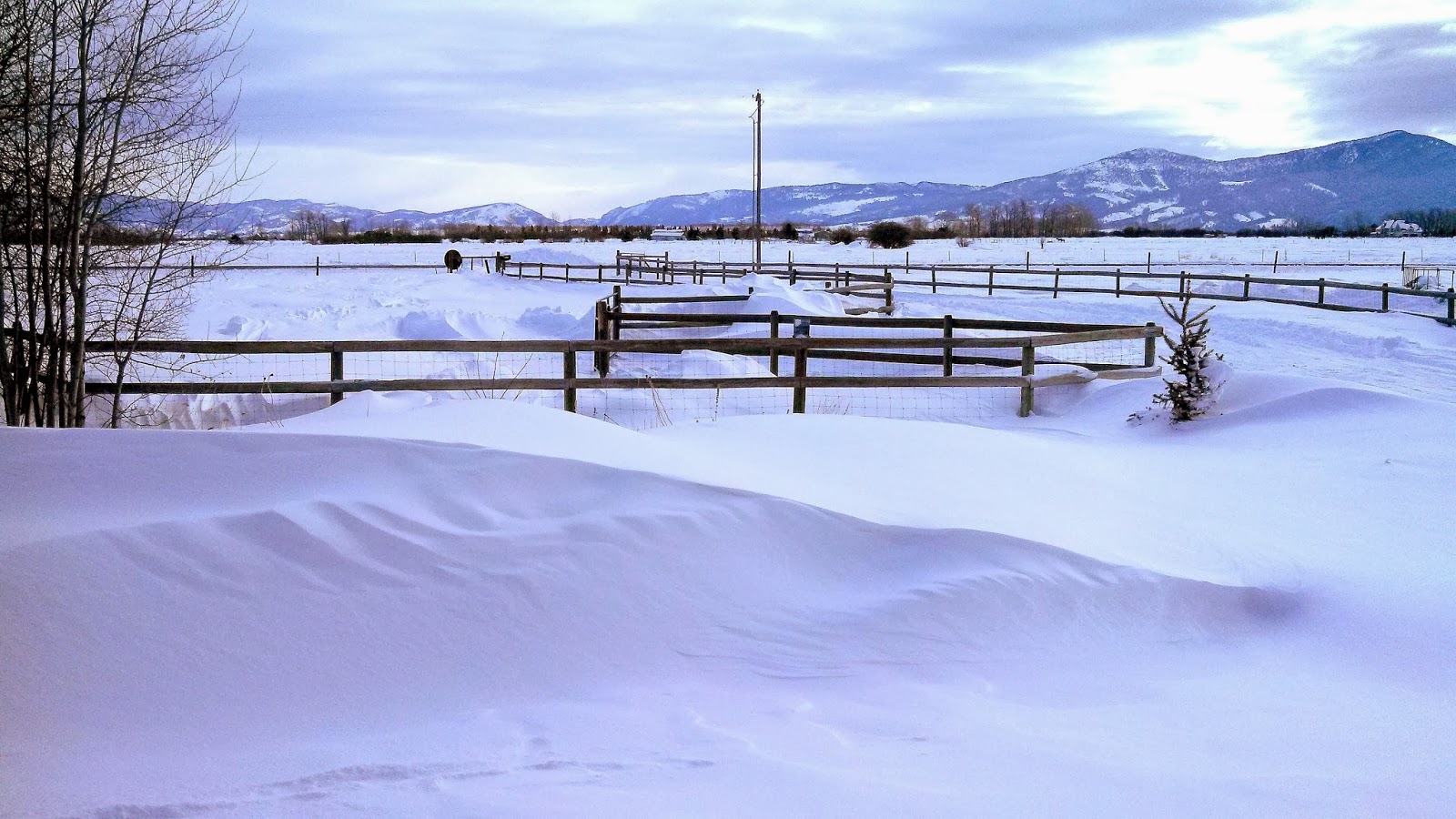