Traveling to Dubai and Oman | Alpacas of Montana

Traveling to Dubai and Oman

A few days before Christmas, a friend asked if I would like to join her on her upcoming trip to Dubai and Oman. Admittedly, I could not find them on a map at the time, but said "Yes!". Any vacation would be a great vacation and I was ready after 10 solid years of working hard.
Over the next few months, I read books, watched YouTube and hesitantly listened to the news about the Middle East. I was nervous - traditions, customs, safety.  What about the wars and unrest and kidnapping? I spokes with Paulette repeatedly and she explained once again that the unrest was in specific parts of the Middle East regarding certain political and tribal turmoil. She emphasized that if I had any hesitation, I could bow out. No - I was going.  She didn't want to be kidnapped any more than me, so I packed my bags, prepared my will (seriously) and boarded the plane.

Twenty-eight hours later, I walked into the evening's 90 F weather and looked up to tall buildings, bright lights and a whole new world...but not that far off - I could see the familiar fast foods of McDonalds, Baskin Robins and Tim Hortons. There was even an Ace Hardware and Ikea a few miles from our hotel.
But the atmosphere was different. It was calm. People smiled.
Dubai is a city of over 4 million people and growing fast. Just a few years ago, it held 75% of all of the world's cranes, building and multiplying as quickly as possible. Ex-pats from all of the world rush in for new jobs, education, opportunities at all levels, from doctors to ditch diggers.
I spent 10 days in Dubai - it is based on newness, bright and shiny things. To the contrary, when we went to Oman for 10 days, it is focused on traditions and tranquility and vast open lands. Do not get me wrong, everyone had iPhones with WiFi and even the most remote villages have electricity. But they seem to be taking a slower pace, cautiously moving forward in letting the external influences of globalization take over.  In 1970, there were 2 schools and 10 miles of paved roads in the entire country.  Now, men and women are encouraged to be educated in universities and knowledge of the world as a whole is growing.
The most striking aspect of Oman to me were the people - welcoming, nonjudgmental and having travelled to many other countries themselves but glad to be home.  For 5 of the days we stayed with a family with 5 children, allowing me the opportunity to see firsthand how this and several other "typical" families function day to day.
The children are loved and appreciated. We sat on the floor and ate in a group setting.  We took walks in the evening to look at the stars and explored a new world unknown to many.
I took over 500 photos on this trip with a long story to go with each one of them. But, for all of our sakes, I narrowed down the photos as much as possible and have abbreviated statements for the background of each.


The souks (markets) were interesting - with anything and everything you could possible want - jewelry, housewares, food, rugs, kitchen appliances.

We treated ourselves to brunch at the Burj Al Arab - a 7 star hotel with everything and anything.  The stayed for 3 hours and enjoyed mountains of amazing food and views. 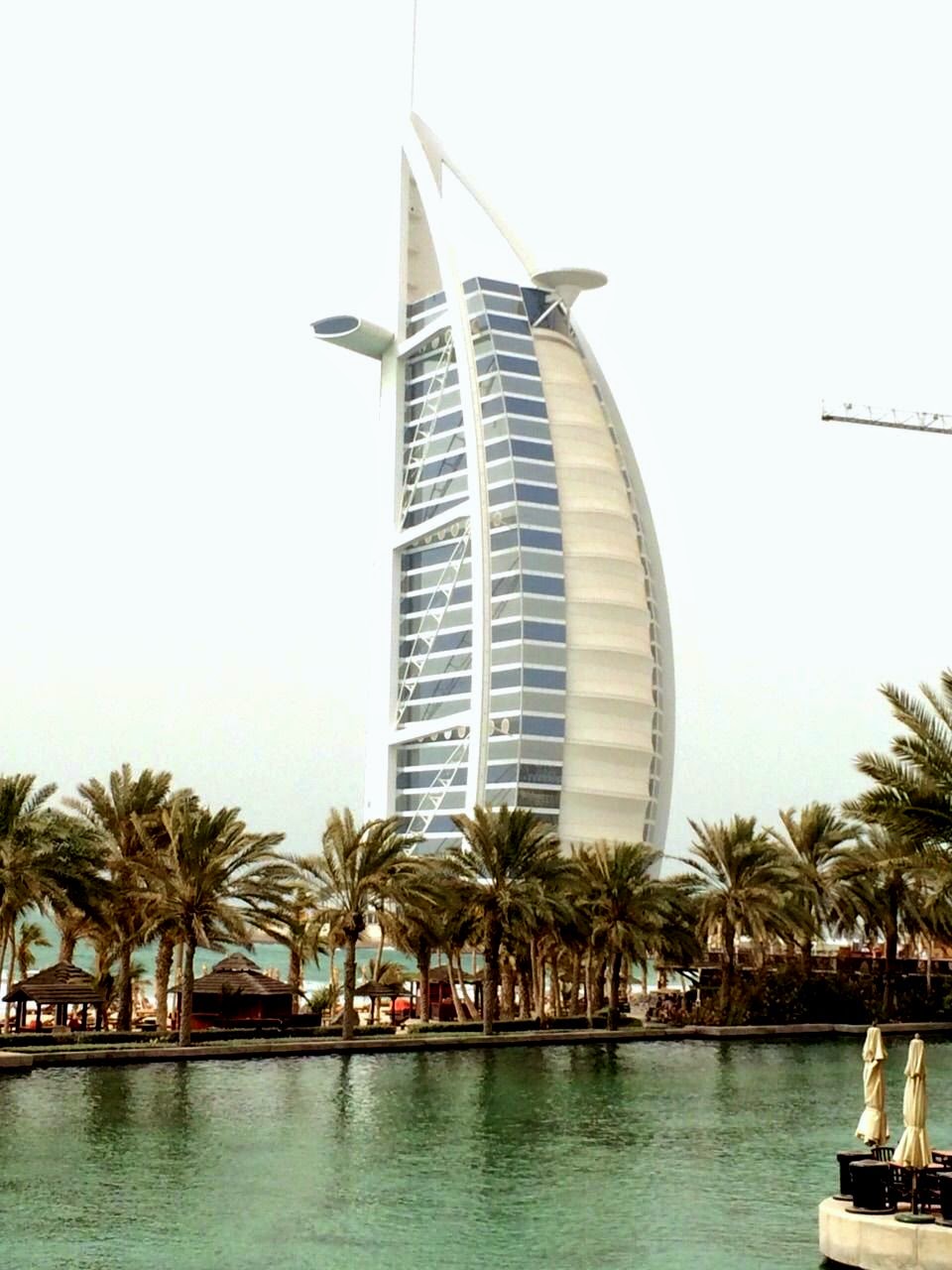 We visited the Grand Mosque in Oman.  A beautiful area in the city. 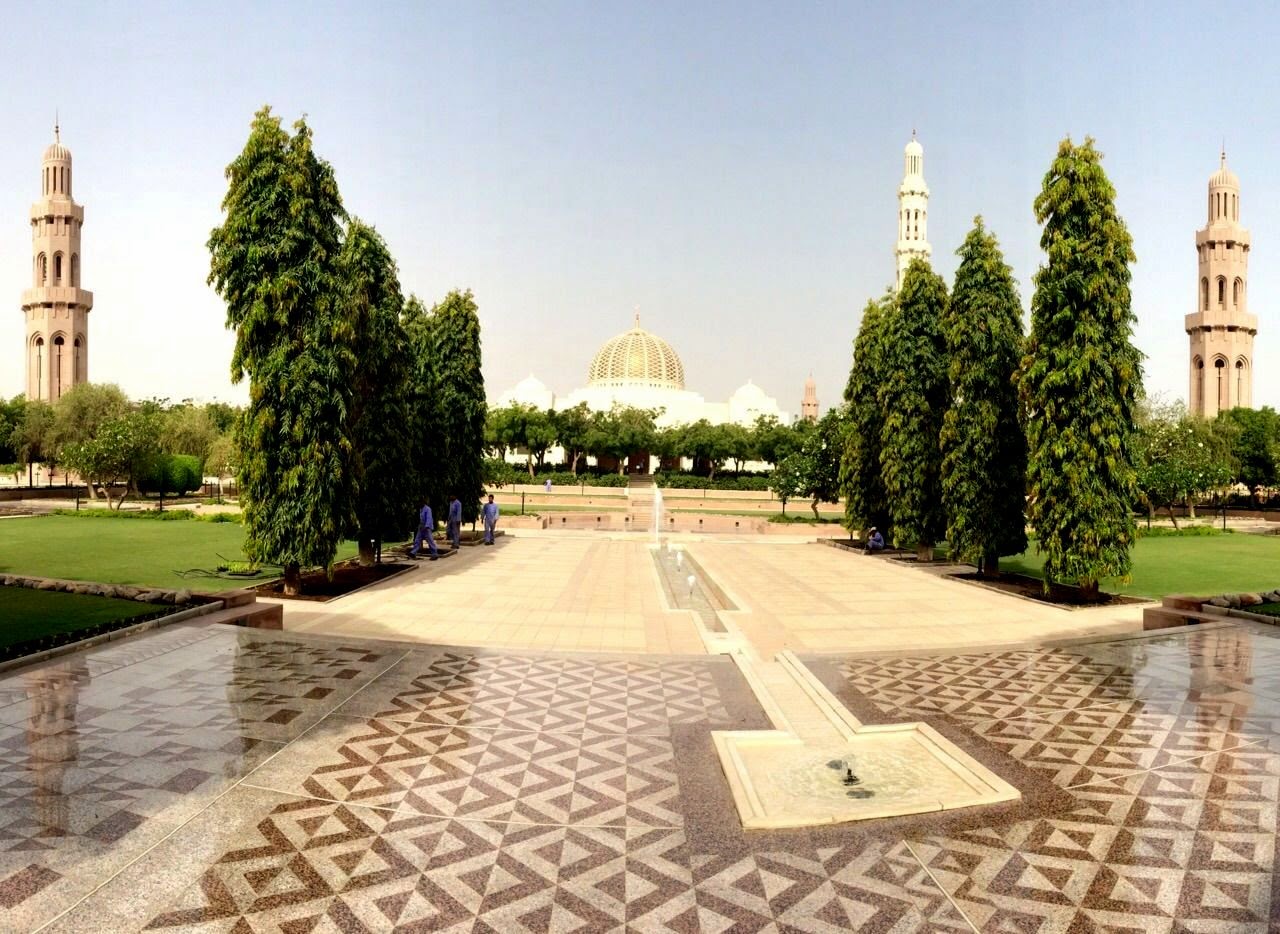 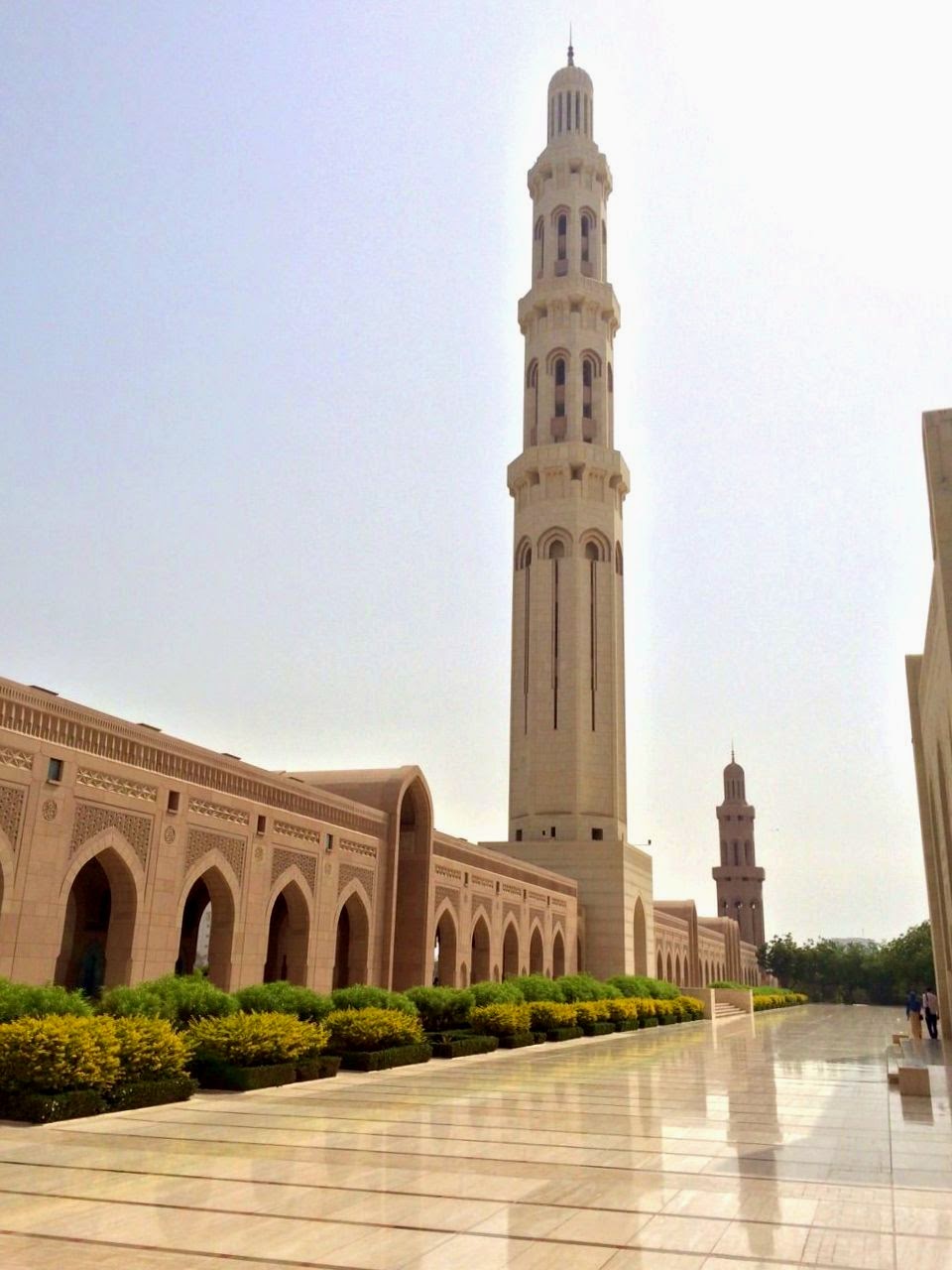 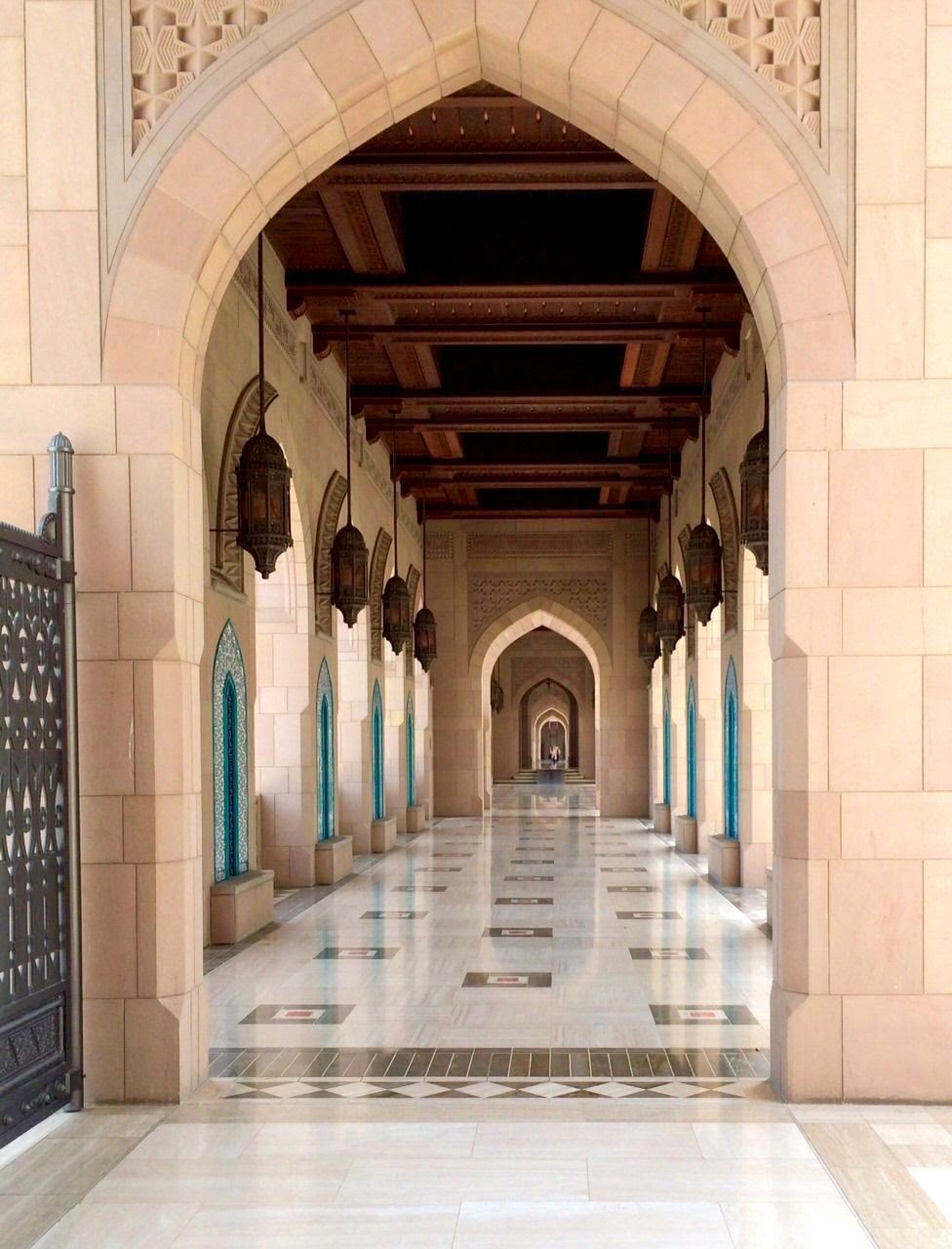 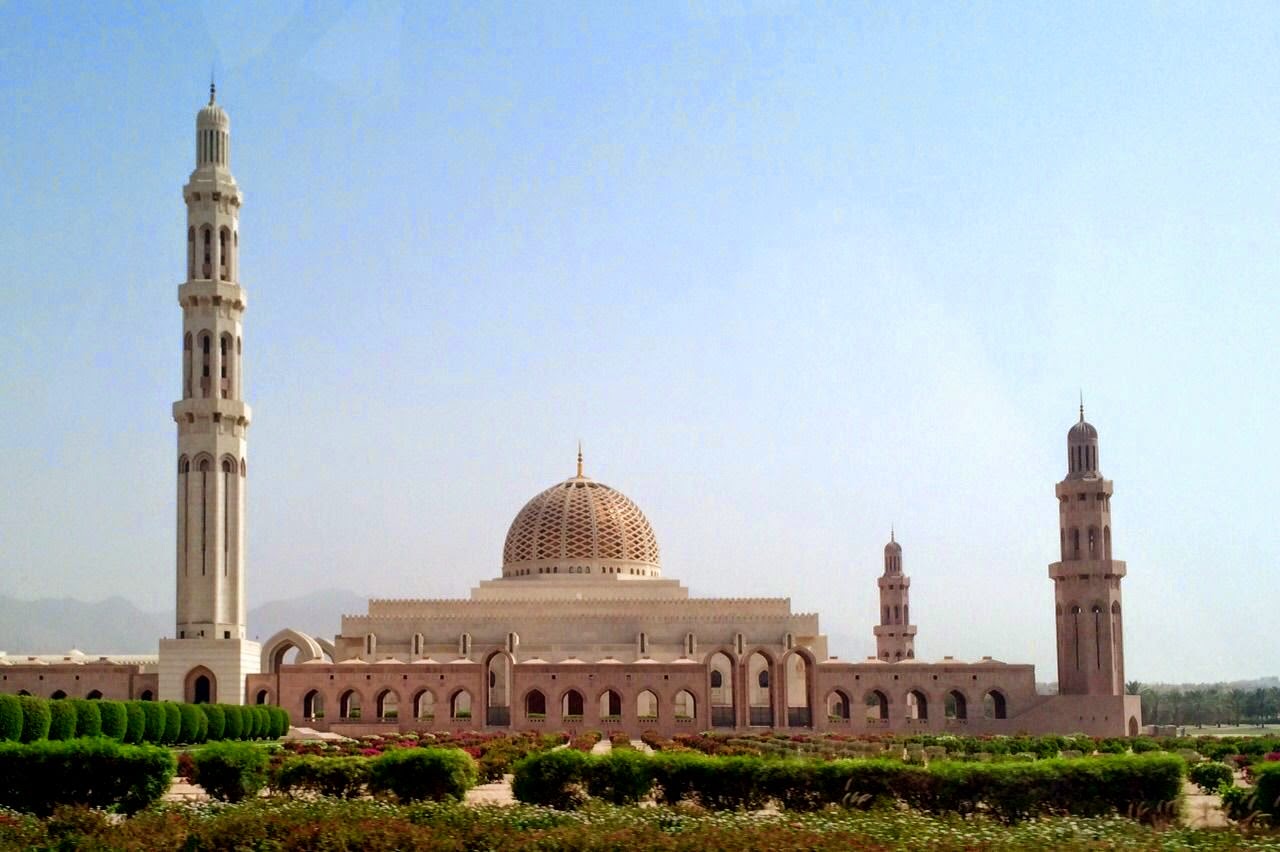 Oman is rugged, rocky, and vast.  We would look out over mountains of and canyons of stone and in one small area there would be an oasis (wadi) of palm trees, fruits and grass. 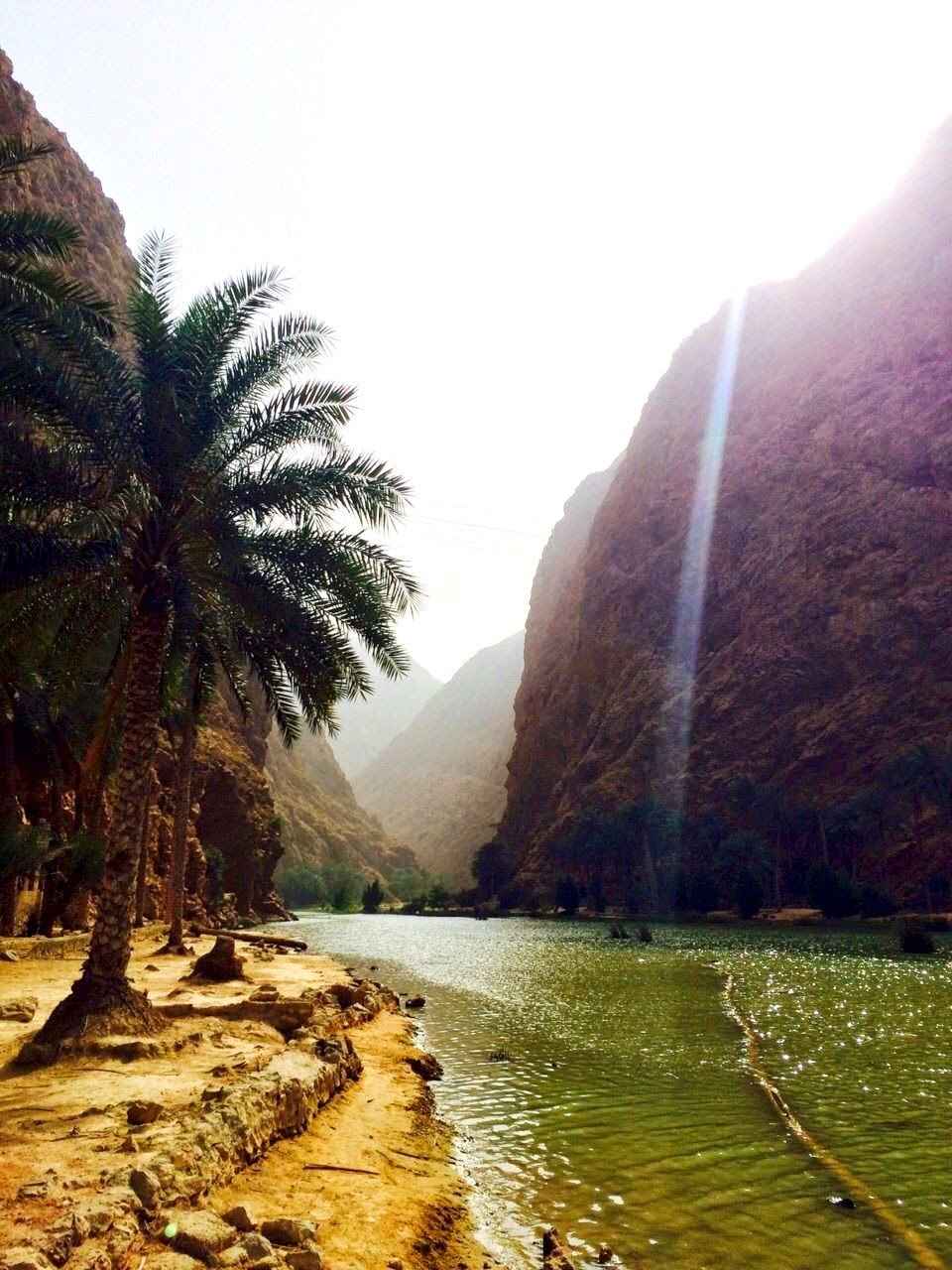 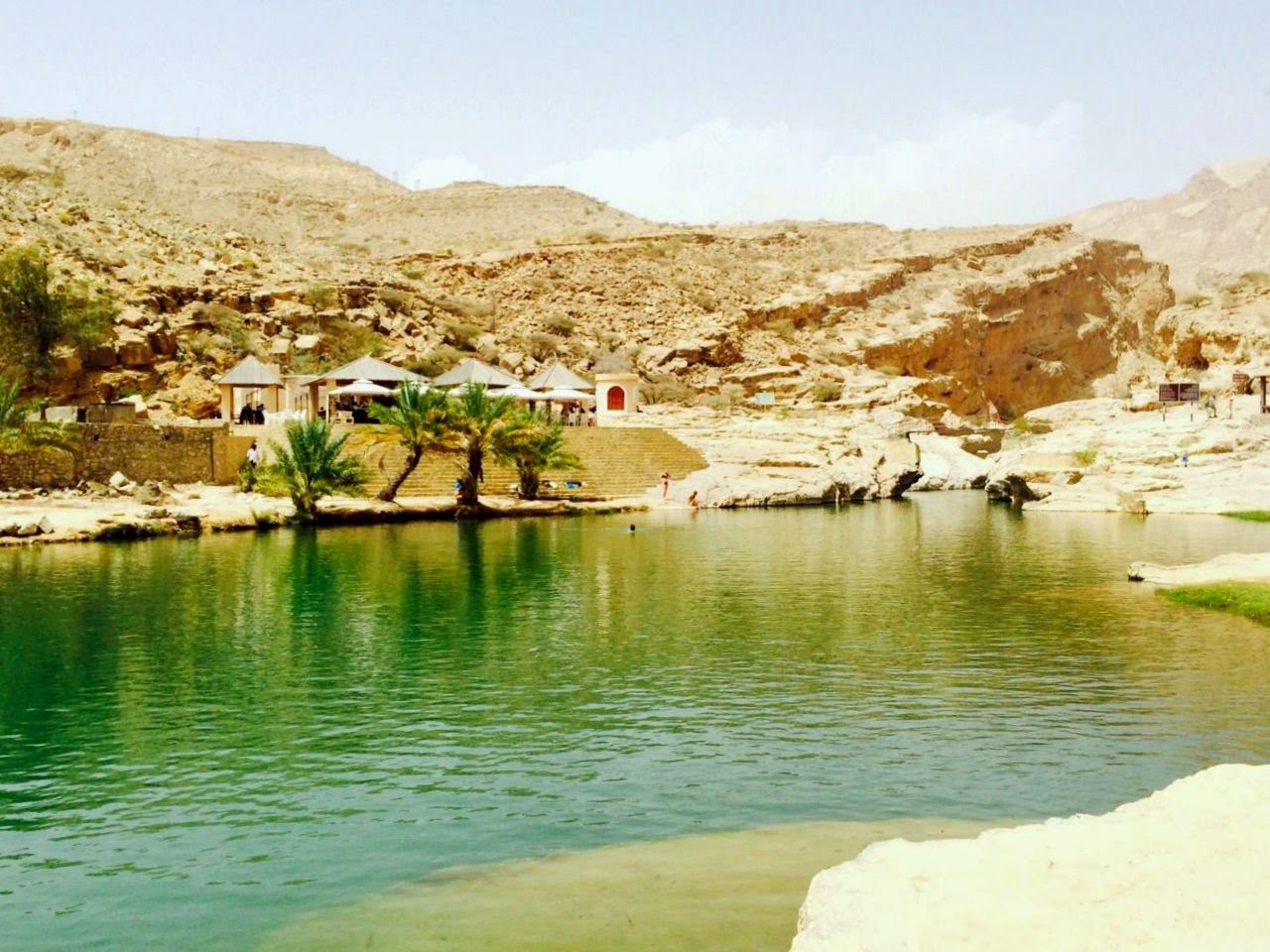 And yes there were camels. Lots of them.  I loved every one of them. I was able to ride Sharem, who was much less impressed with me than I was with him.  No petting, no kissing and if he had had his way...no riding... 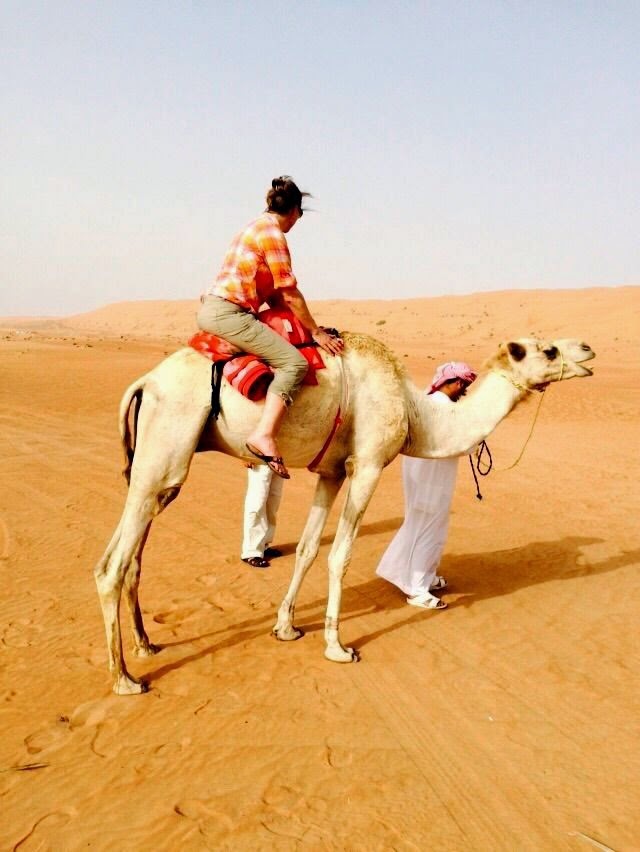 At a turtle reserve we woke up at 4 am to get onto the beach to see the turtles laying their eggs. This female was just finishing burying her eggs when we found her and headed to the sea several minutes later. She will return again in 3 years. We also saw 7  new hatchling babies heading to the ocean for their first swim. 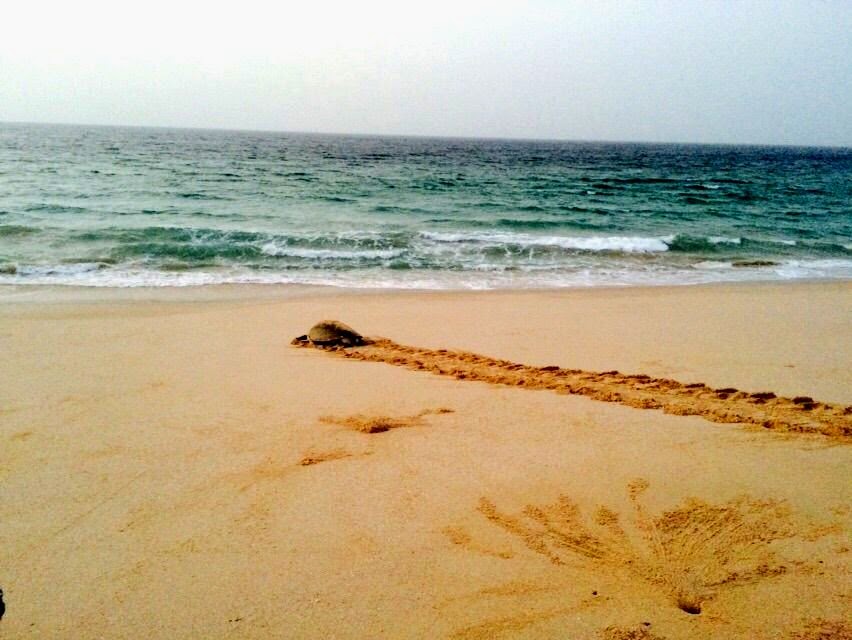 Roughing it in my camel hair tent at 1000 nights camp 40 km into the desert. This was one of my favorite places to stay - quiet, relaxing, in the desert. 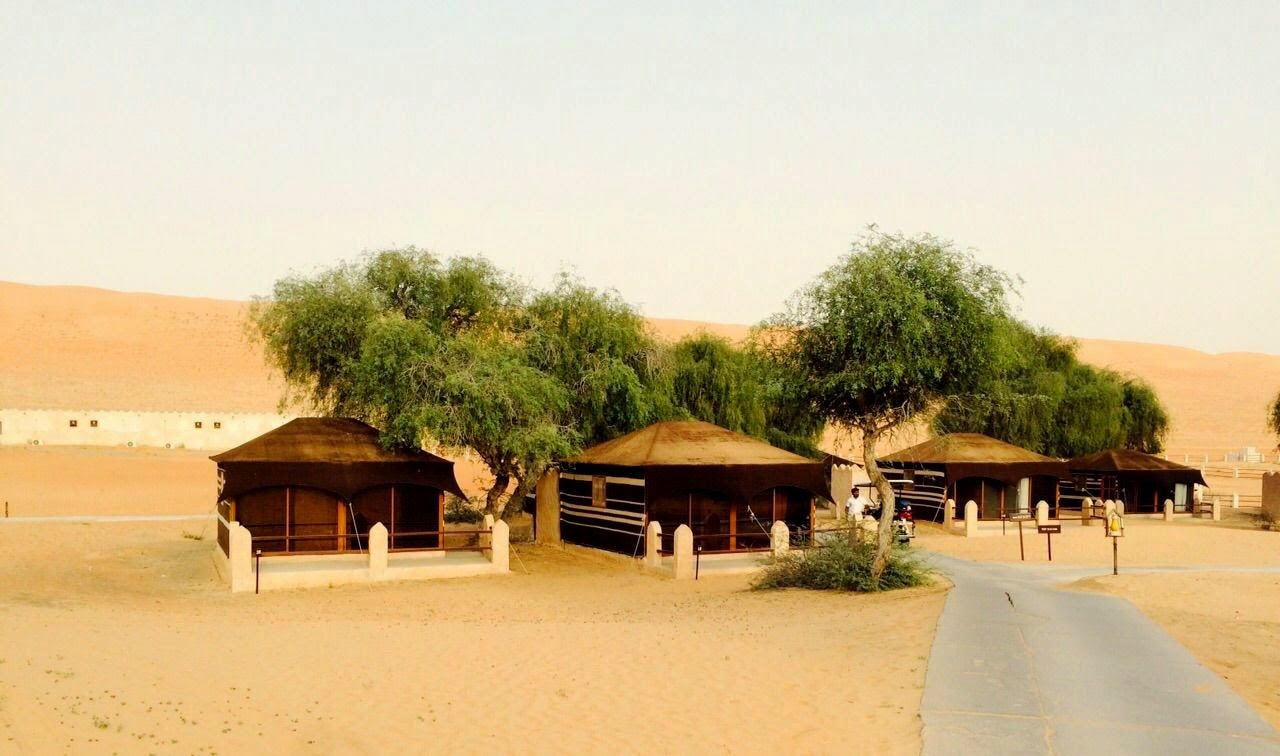 One morning, we woke up at 5 am to take a several hours walk along the side of a mountain to an old village.  The shale rock had been picked and tiered to grow gardens for food.  It is now abandoned. 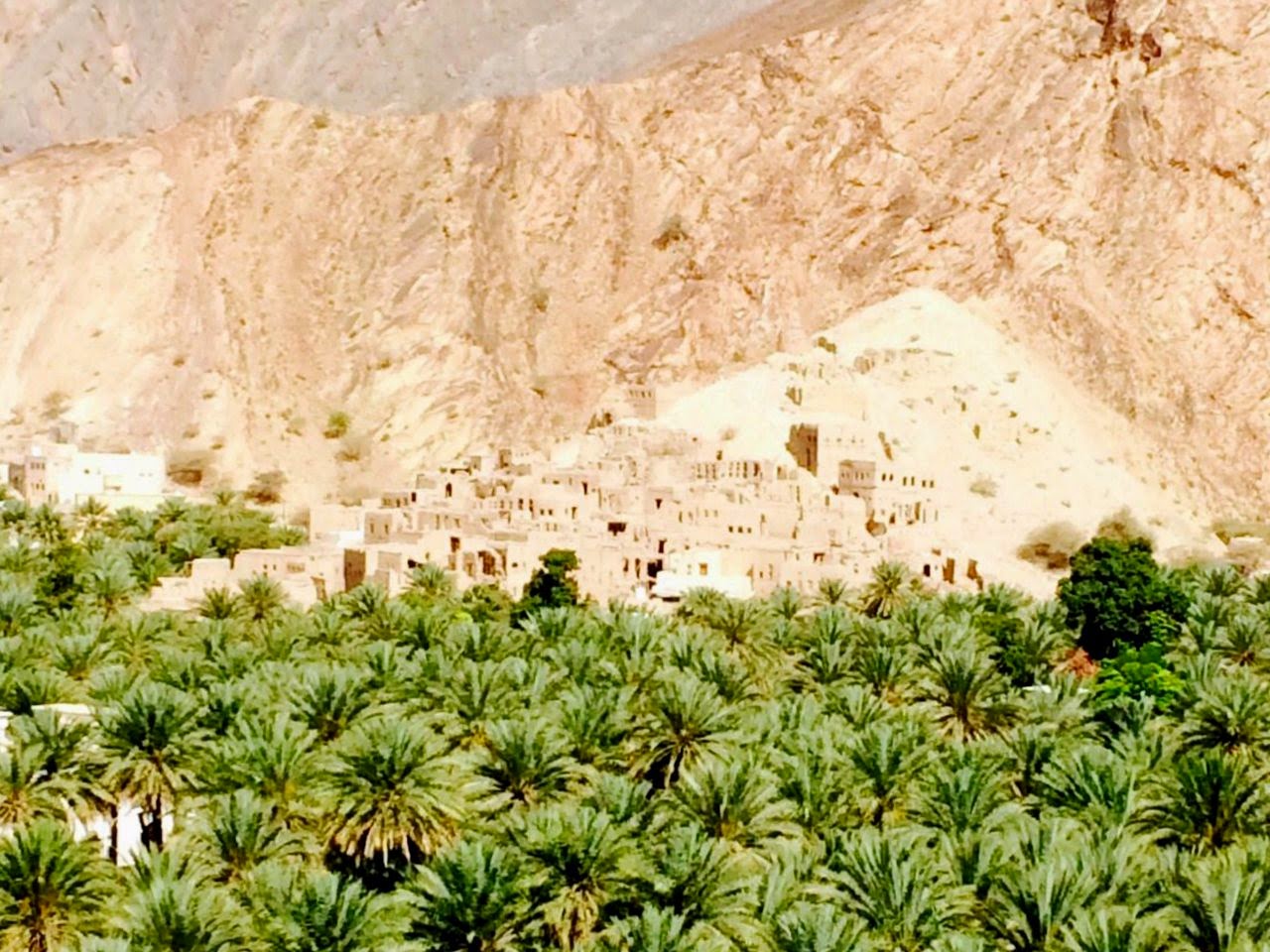 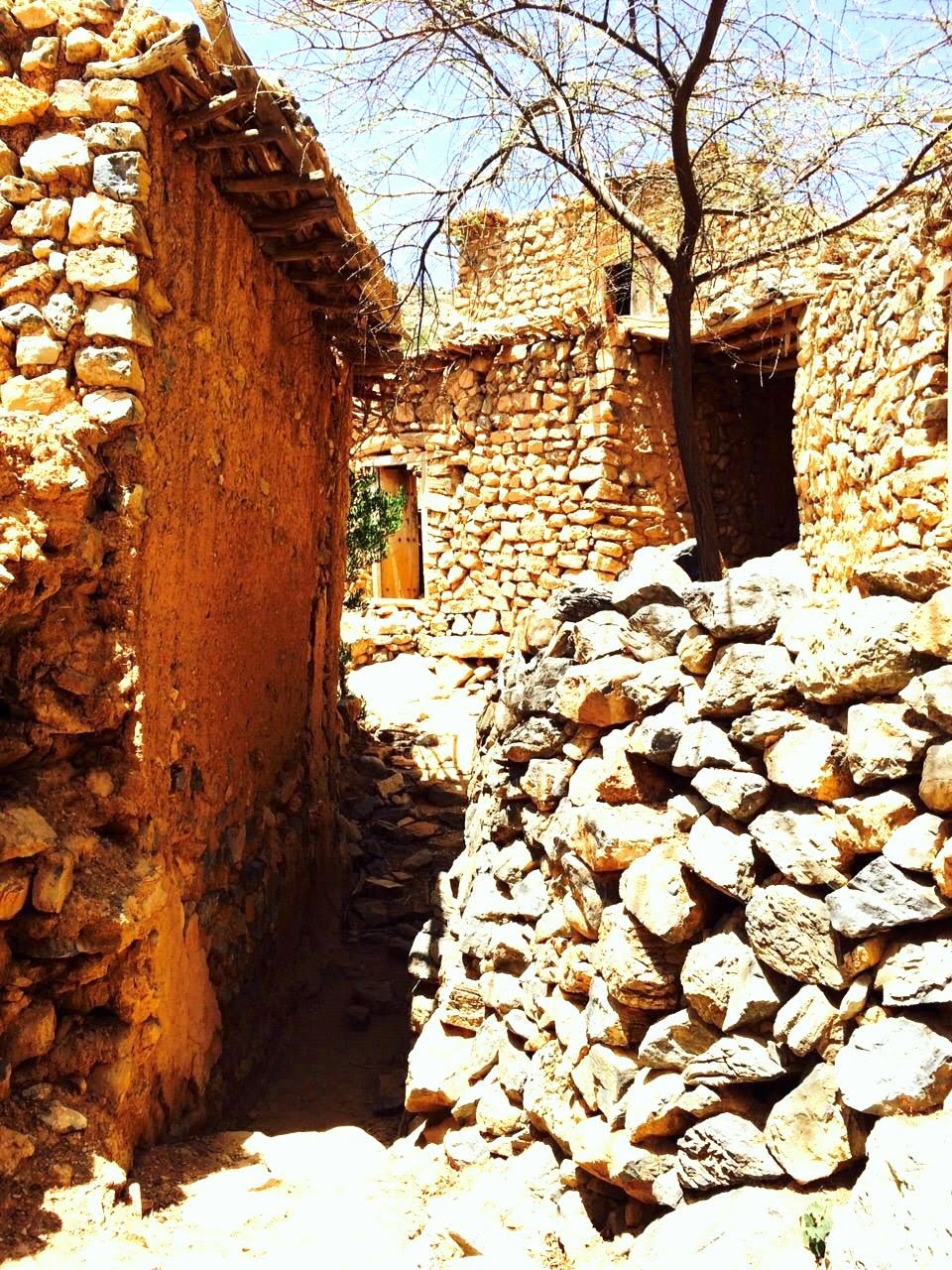 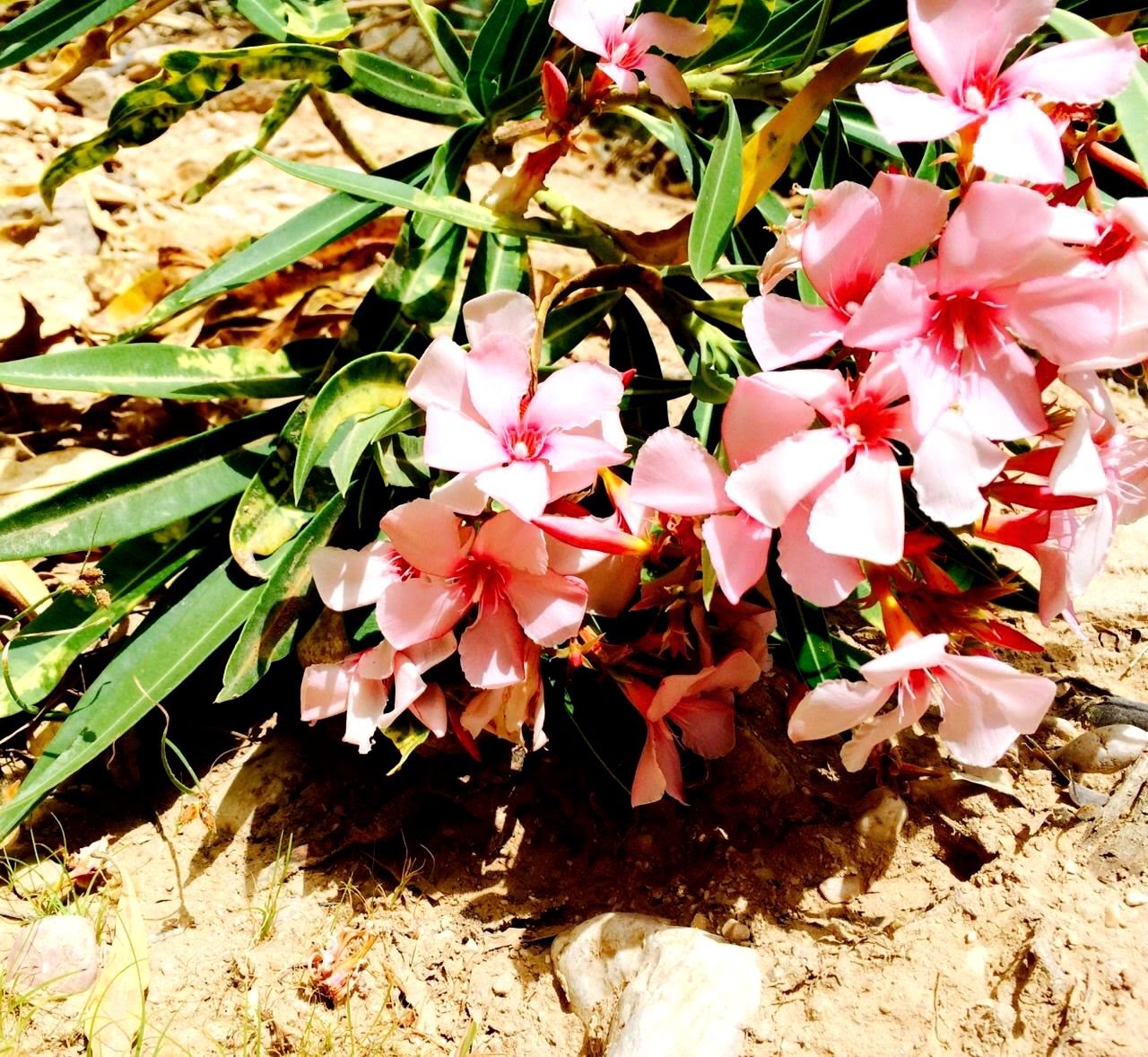 Oman has been a coveted area for millenniums because of its natural resources and strategic location on the Arabian Peninsula. Thus, there are many forts - 1,800 in fact throughout the country built over the ages. 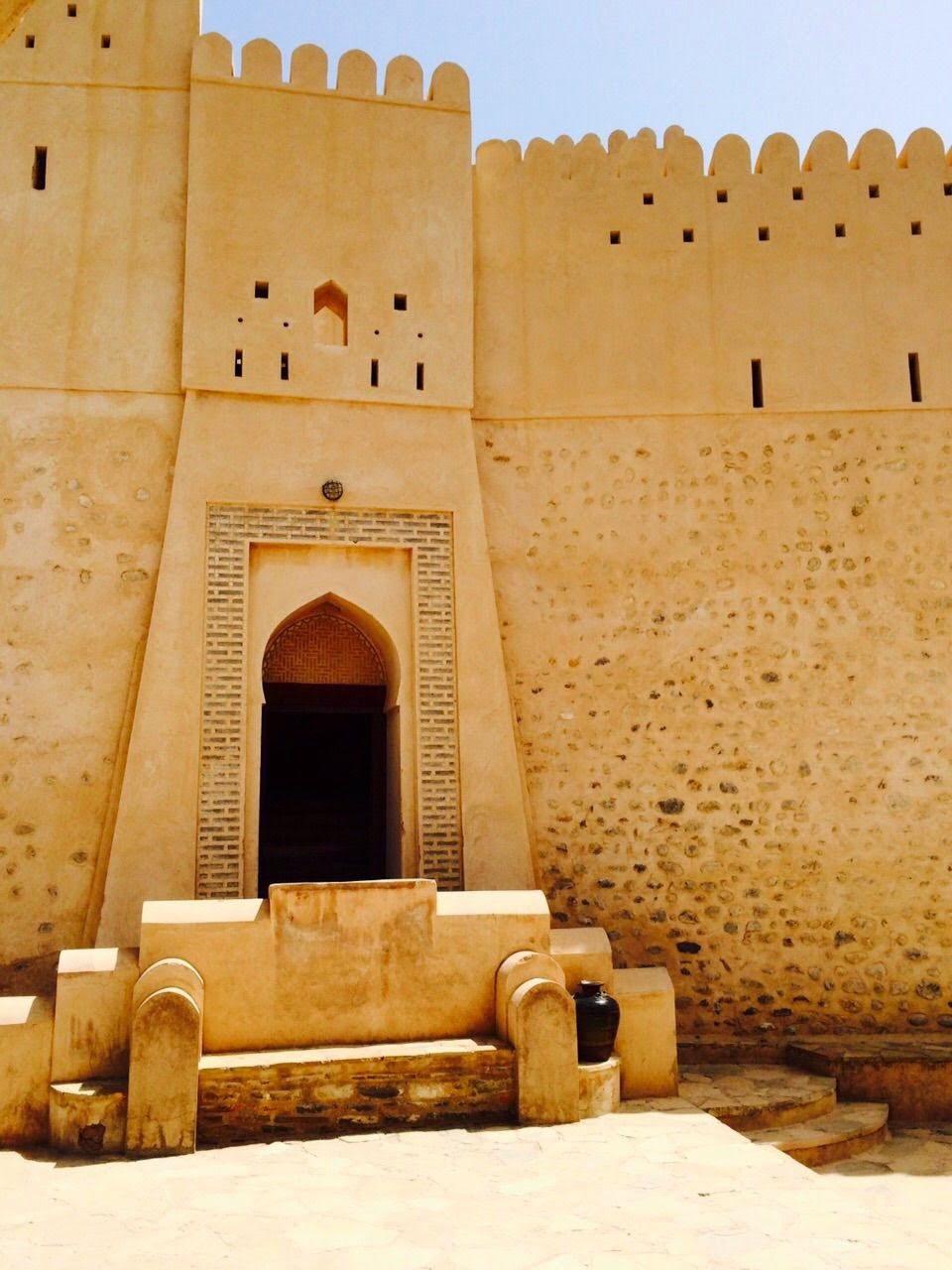 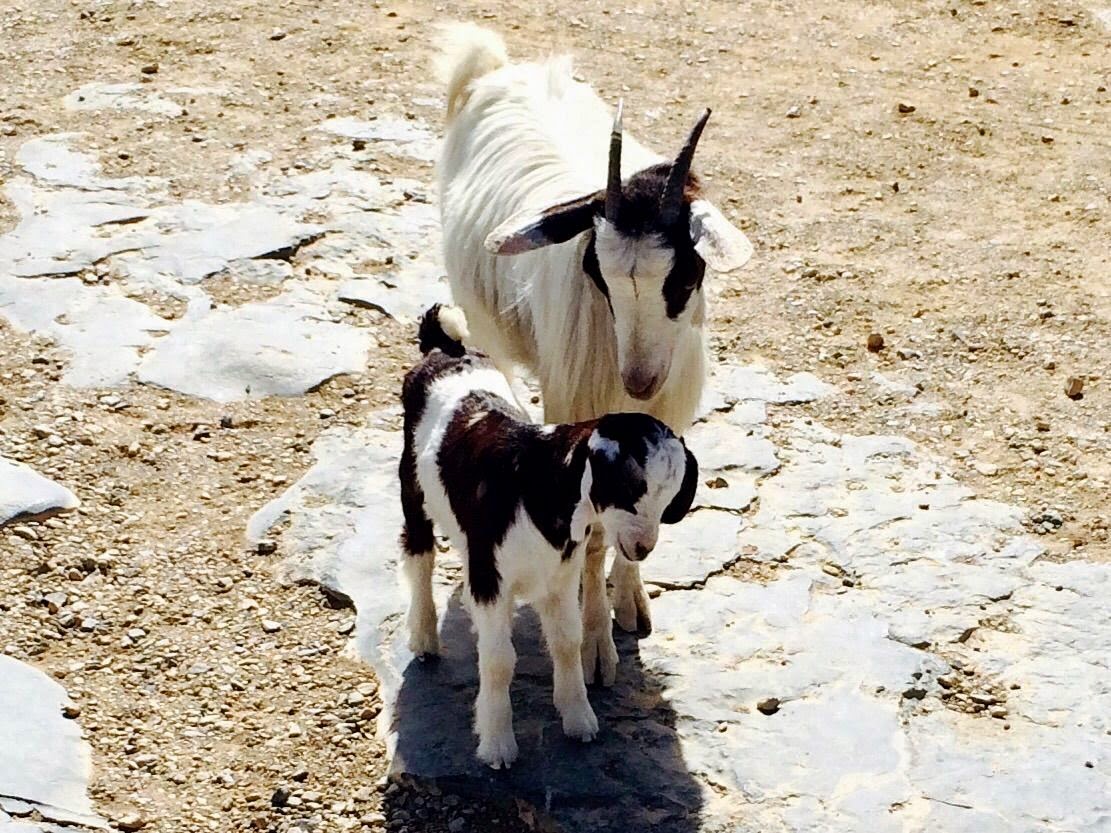 Surprisingly, one of my favorite aspects of our travels were the goats. They are everywhere - in the streets, the trees, the desert. I sat down once for a break and the word spread fast that I had an orange. One brave girl gave me a kiss on the cheek. Obviously, I was not their first tourist.
So that is my 10 minute summary on a once-in-a-lifetime experience.  The trip opened my eyes to many new things - my lack of knowledge on this part of the world and how people can be so happy living a different, yet strangely similar, life than me.