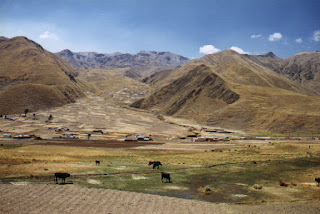 Ø     There are six camelids - camelids are the dromedary (one-humped camel) and the Bactrian (two-humped camel). camelids are the llama, alpaca, guanaco, and vicuna.
Ø     Alpacas come from where they live in the dry high country called the Alti Plano at elevations up to 14,000 feet. The Incans crossed a guanaco and a vicuno 6,000 years ago to create the alpaca. Alpacas are the second newest man-made mammal on earth just behind the mule. Ø     Alpaca fiber comes in more than 22 natural colors as classified in , 12 as classified in and 16 as classified in the .
Ø     Alpacas have a three-chambered stomach; combined with chewing cud, this allows maximum extraction of nutrients from low-quality forages. Food can stay in the first stomach up to 60 hours and ferment. Alpacas often eat hay and grass, but will also get pellets for treats!
Ø     Alpacas will chew their food in a figure eight motion.
Ø     Alpacas and llamas can successfully cross-breed. The resulting offspring are called huarizo.
Ø     Alpacas are often tested for pregnancy using the "spit test".  If a female is brought near a male after being bred and she sits down, she is not pregnant. If she spits at him, she is pregnant. She usually knows within 4 days of being bred.
Ø     Not all alpacas spit, but all are capable of doing so. "Spit" is somewhat euphemistic; occasionally the projectile contains only air and a little saliva, although alpacas commonly bring up acidic stomach contents (generally a green, grassy mix) and project it onto their chosen targets. Spitting is mostly reserved for other alpacas, but an alpaca will occasionally spit at a human. However, they only ever really spit if they are feeling threatened.

Ø     For alpacas, spitting results in what is called "sour mouth". Sour mouth is characterized by a loose-hanging lower lip and a gaping mouth. This is caused by the stomach acids and unpleasant taste of the contents as they pass out of the mouth.
Ø     Alpacas use a communal dung pile, where they do not graze. This behavior tends to limit the spread of internal parasites. Generally, males have much tidier, and fewer dung piles than females, which tend to stand in a line and all go at once. One female approaches the dung pile and begins to urinate and/or defecate, and the rest of the herd often follows. Because of their preference for using a dung pile, some alpacas have been successfully house-trained. 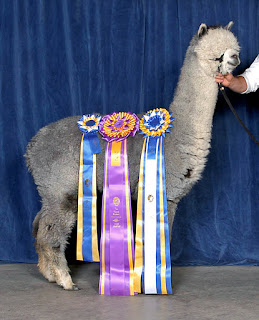 Ø     Alpacas make a variety of sounds. When they are in danger, they make a high-pitched, shrieking whine. Some breeds are known to make a "wark" noise when excited. Strange dogs—and even cats—can trigger this reaction. To signal friendly or submissive behavior, alpacas "cluck," or "click" a sound possibly generated by suction on the soft palate, or possibly in the nasal cavity.
Ø     Females are "induced ovulators"; the act of mating and the presence of semen cause them to ovulate. Females usually conceive after just one breeding, but occasionally do need to be bred more than once. No one has been successful in artificial insemination of an alpaca.
Ø     After a female gives birth, she is generally receptive to breeding again after about two weeks.
Ø     The most expensive female alpaca sold for $180,000 and the most expensive male for $675,000.
Ø     Alpacas are fiber-producing animals; they do not need to be slaughtered to reap their product, and their fiber is a renewable resource that grows yearly to be made into clothing. Alpacas are used for their fleece, which is as soft as cashmere, warmer than wool, hypo-allergenic, almost completely waterproof and wicks moisture at an 85% greater rate than merino wool.
Join the alpaca revolution! Alpaca is a sustainable alternative that is not only good for the earth, but for all of us. Alpaca wool is stronger, softer, more eco-friendly, and offers 85% greater wicking capability than merino wool. It is also hypoallergenic! Learn more about the benefits of alpaca in our Alpaca vs. Wool blog posts, shop our collections and follow us on social media!