What do you want to do when you retire – and why are you waiting to retire to do it? 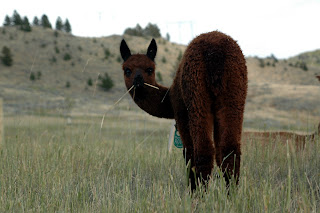 What do you want to do when you retire – and why are you waiting to retire to do it?
Do you remember, as I do, attending family get-togethers as a youngster, and hearing how uncle “so and so: or grandpa “so and so” retired and then almost immediately got sick and passed away? Later, when you entered the work force in an urban area, you might have heard how the pollution was blackening your lungs and how job stress could seriously harm your health?  Or that driving the busy highways greatly enhanced your chances of being in a major automobile accident, caused, perhaps, by an inattentive driver getting news via car phone of a margin call from his broker? Far fetched, maybe, but somewhere along the line, James and I decided that staying in is where we needed to be.  At a fairly pinnacle point in our lives, James was offered a high end sales job in downtown   We were promised that he / we could retire in 10 years with the money we would make.  Having spent most of my life in , and relatively recently back from a year in , I was ready for the city life.
But James had grown up in the city, and the thought of trying to live in ,  where I know neither of us belonged, was not an option.  He was afraid he wouldn’t make it through the 10 years.
With that, we were directed down the path of raising alpacas to be a great balance of the change of lifestyle we so desired – sales, computers, our own business, living in the country, being around animals.
While we are not quite retirement age, “working” by doing something you love in a gorgeous, scenic area, at a more serene pace, definitely resembles taking an early retirement. We have both remarked that our small acreage, just south of Bozeman, Montana, is so beautiful, its worth loving your job and not being in a large city all of the time. 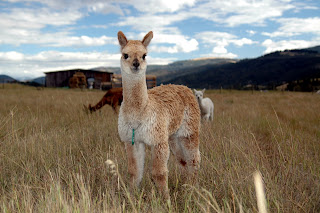 Initially, it was our intention to continue to work our “normal” jobs, based out of our new country address, for at least four or five years.  We had projected that it would take that amount of time for us to grow our herd of original eight pregnant female alpacas to a point where we could live off the income the herd growth would produce. It seemed a reasonable goal and we were excited about the project.  However, after only 6 months, James was able to work with the alpacas fulltime. I continue to work in real estate, but since the economy crashed, much of my time is spent on our alpaca business.
Our first impression of the alpaca industry was that income would come solely from the sale of our own alpacas.  Later, we began the sale of fiber and yarn, which has now expanded into alpaca socks, winter hats, baby booties and hundreds of other products. Over time, we began mobile breeding with our high end males and now also compost alpaca fertilizer for additional income. 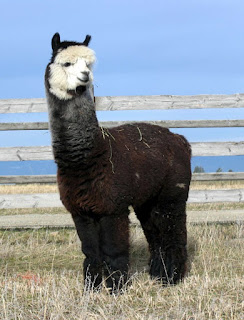 If you have always wanted to be “country dude” or a country dudette,” you can have your home in the country and realize the financial benefits of the alpaca investment.  The workload is reasonable.  It is not “easy.” As some owners seem to imply, but a couple of hours a day will be a normal time investment for a herd of 20 animals.  Every day chores include feeding once or twice a day, poop scooping at least once a day, general cleanup, and watching your animals for any signs of illness and stress.  When you are awaiting a new cria, you might spend hours watching the dam for signs of impending birth and the birth itself.  Breeding can also be time consuming.  I used to think that breeding fees were high because of the caliber of the male, but this is only partially true.  Part of the fee is earned by the time invested by the breeder to properly breed, test, and confirm a pregnancy.
James and I feel fortunate to share our experiences with our family, friends and the community with the wonderful atmosphere that alpaca ranching provides.